This page shows an example of running a simulation of a closed-loop control system, consisting of a single elementary control unit. 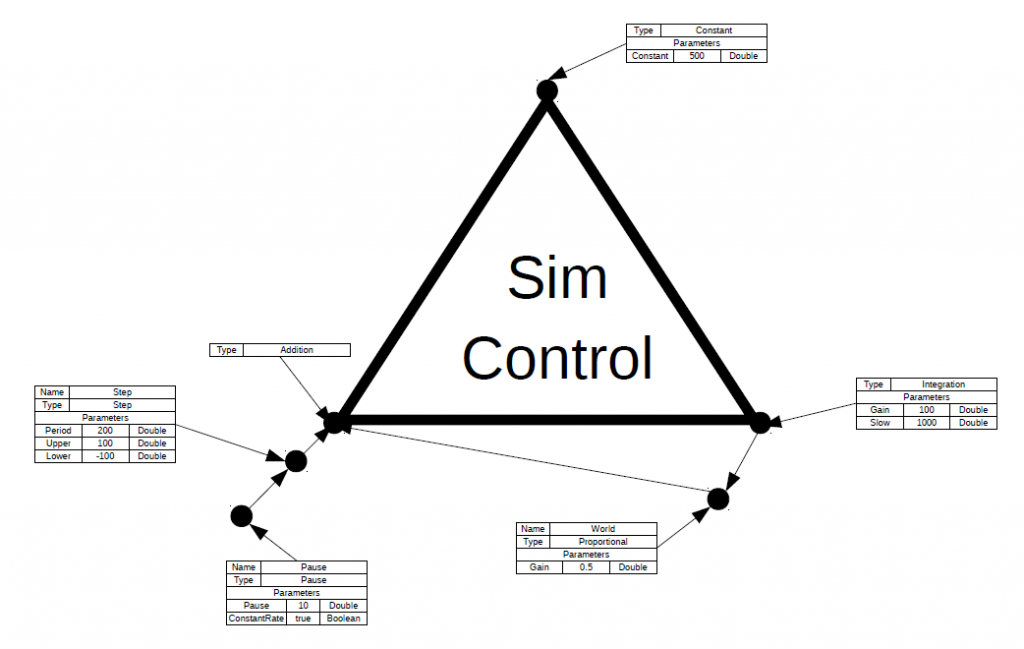 The configuration of the sample system, as shown in the image above, can be found in the file 004-001-ControlSimulation.odg.

Clockwise, from the top of the triangle, the functions are,

If you load and run the system you will get displays similar to the following: 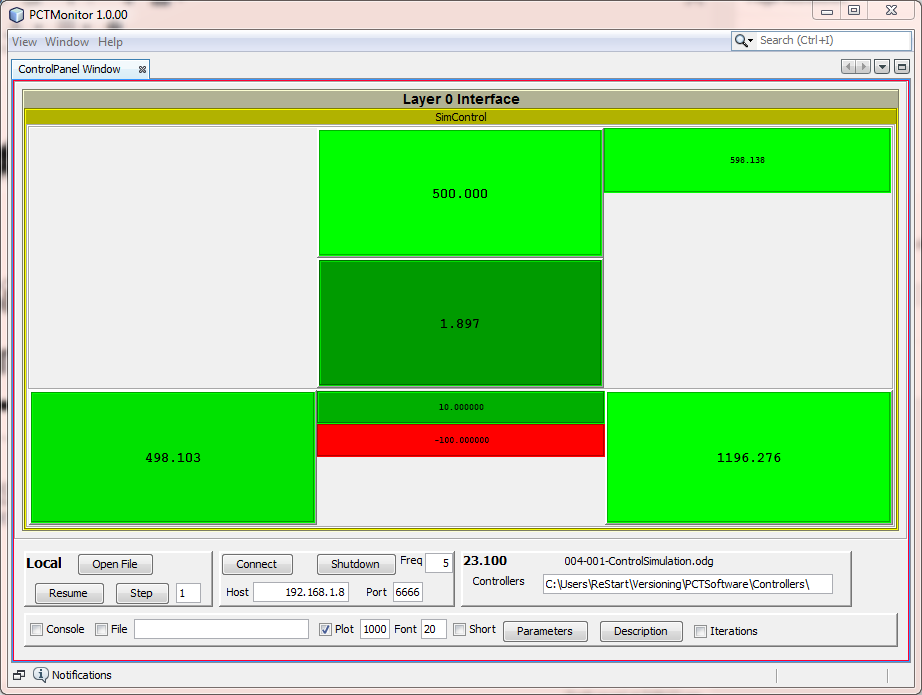 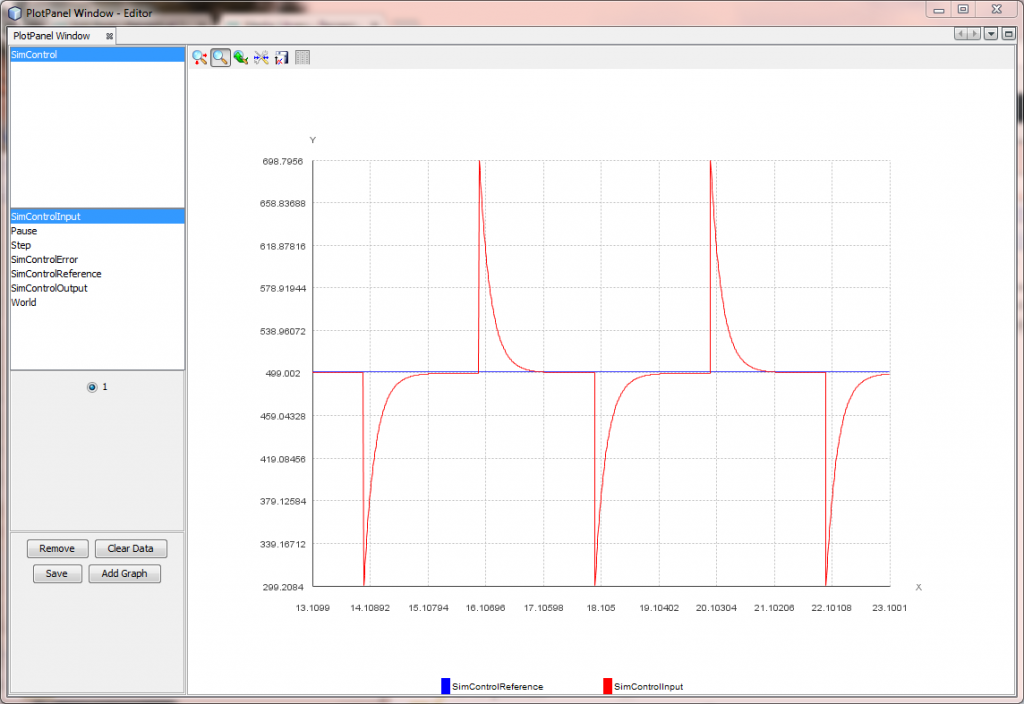 Try changing some of the values to see the effect on the live system.